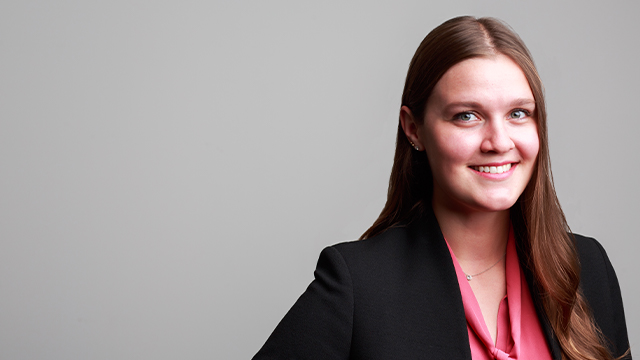 Quinn Brown received her JD from Queen’s University. During her time at Queen’s, she completed a Public International Law certification in England and received the McDougall-Watson Memorial Award for her contribution as a caseworker at Queen’s Legal Aid Clinic. In her upper years at law school, Quinn worked at Queen’s Prison Law Clinic representing inmates before disciplinary tribunals and was recently published in the Phillipe Kirsch Institute Global Justice Journal.

Prior to attending law school, Quinn received her Bachelor of Arts degree from McGill University and worked in the United Nations system in research and advocacy roles.