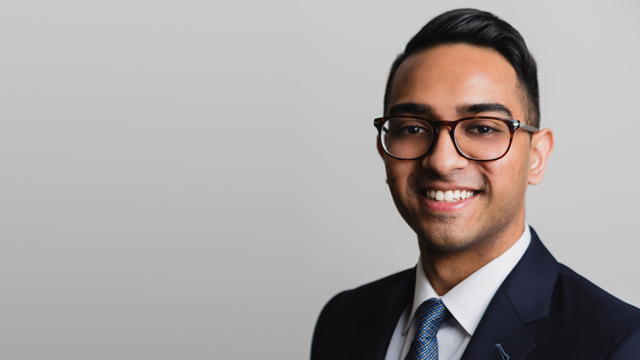 Rono Khan graduated from the JD program at Queen’s University. Before attending law school, Rono received his Honours Bachelor of Science degree (with Distinction) in Biology and Chemistry from the University of Toronto at the Mississauga campus. Rono summered with the firm before returning for articling.

While in law school, Rono worked as a student caseworker at the Queen’s Business Law Clinic, was an editor for the Canadian Labour and Employment Law Journal, and volunteered with Pro Bono Students Canada. Rono also completed an internship in New York City at the Northern Manhattan Improvement Corporation. In this role, Rono assisted low-income residents of the Bronx with their landlord-tenant disputes and advocated for their housing rights.

Rono was also involved in numerous extracurricular activities at Queen’s. He was Co-president of the South Asian Law Students Association and was a member of the Equity and Diversity Committee. Rono competed in the inaugural Adam F. Fanaki Competition Law Moot, and won best appellant factum.

In his free time, Rono loves playing basketball, and listening to hip-hop and grime music. Rono is fluent in both English and Bengali.