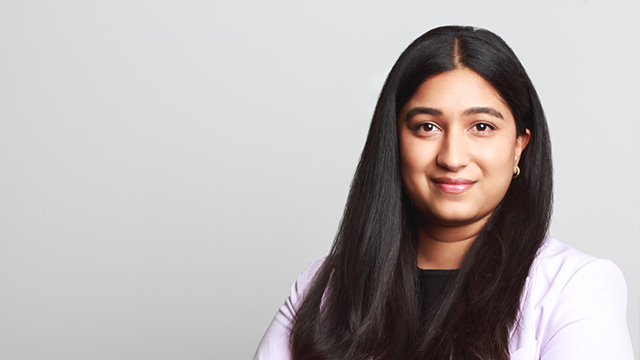 Anoushka Zachariah is a labour, employment and human rights lawyer in Hicks Morley’s Toronto office. She advises employers and social-service providers in the public, private and not-for-profit sectors regarding issues arising from employment relationships and the provision of services to the public.

Anoushka has successfully defended employers against a wide range of claims including human rights allegations, contractual disputes and wrongful dismissal actions. She has appeared as counsel before various courts and administrative tribunals including the Human Rights Tribunal of Ontario, the Ontario Labour Relations Board, the Ontario Court of Justice and the Ontario Superior Court of Justice. While in law school she interned for the Chief Judge of the 35th District Court in Plymouth, Michigan.

Outside of her practice, Anoushka enjoys cooking, baking and entertaining. It is important to Anoushka to help others. She finds great pleasure in volunteering and has worked with the United Way as well as the Pope Francis soup kitchen in Detroit.